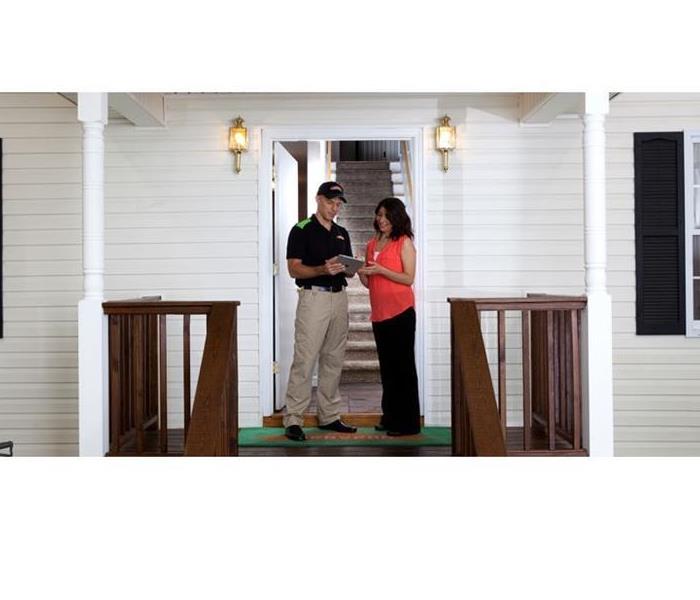 Call for your Free Estimate Today!

When an odor is present, there is only one thing people want to do. Get rid of it! Unfortunately, it’s not always as easy as that. You first have to find the odor North Chicago, make sure you have the equipment to eliminate the odor, clean any other surfaces that have come in contact with the odor, and finally make sure that the odor has been removed without a trace of it left behind. Most of the time this is a small job. However, occasionally contacting SERVPRO of Ravenswood, a professional odor removal and deodorization company, gets the job done for you.

Why is it important to remove and deodorize odors as quickly as possible? Mainly due to their ability to permeate an entire living space or job site. This can make living or working in the area unpleasant and intolerable. So, it’s best to let a SERVPRO of Ravenswood fix the problem as quickly as possible.

With odors coming from multiple sources, it can be hard to reduce possible causes that can contribute to the problem. So here are the most common sources of odors that you can watch out for:

Smoke is one of the leading causes of odors North Chicago. Since smoke comes from a number of different sources, it can be hard to pinpoint what the main source really is. Whether it’s a fire in a fireplace that got out of control, some type of cooking fire in the oven or from grease splashes, those scented candles that are suppose to help you relax that were accidentally left burning a little too long, or even after an actual fire damage, these smoke odors are all candidates that may require odor removal.

Then you have the odors associated with water and water damage North Chicago. These odors are typically more of a mildew type smell and originate from conditions due to sewage, structural or building contents. If this were the case, you would want to get it fixed immediately. The longer it sits with the moisture, the stronger and more powerful the odor will become. Some common causes may include overflow from a toilet, a leaky water pipe, or even a sewage backup.

Of course, there are always the possible animal odors. This can be anything from a skunk that sprayed, pet urine and feces, or maybe that rat died inside the walls. These types of odors have the ability to penetrate deep down into walls, carpets, fabrics and essentially spread throughout the North Chicago houses or businesses quite rapidly.

One of the worst types of smoke though has got to be smoke odors from tobacco. This is caused by smoking cigars, pipes and cigarettes indoors. Without the proper ventilation, the smoke odor will become stronger and stronger until it is extremely difficult to be removed.

Contact SERVPRO of Ravenswood today for your free cost of service estimate; 773-878-5200. No matter what the odor may be North Chicago, it is always best to have an odor removal and deodorization specialist come out, assess the situation and use their skills, equipment and knowledge to find, fix and eliminate the problem!