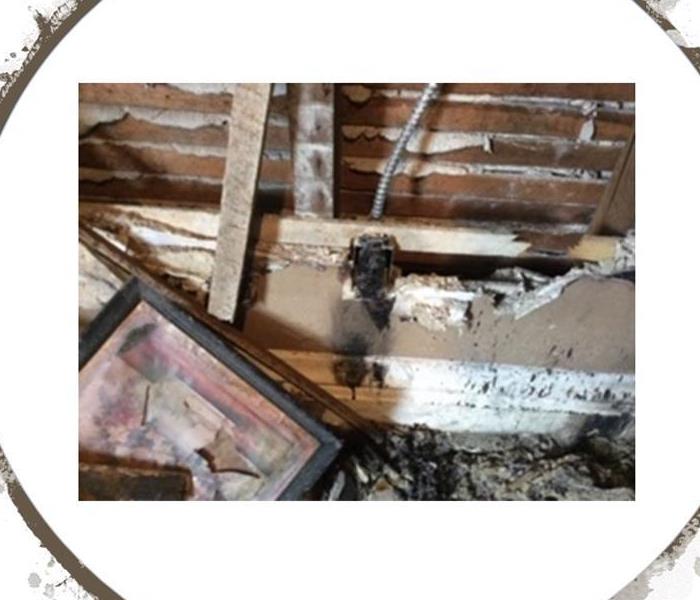 In this recent job event, we had a smoke damage cleanup assignment after an electrical fire.  The picture shows the small source of the electrical default which sparked the flames, however it does not show the damage it caused as a whole.

In this instance the incident occurred while the resident was home.  They quickly put the fire out with a bucket of water.  No one was hurt, nor was the fire station called.  The homeowner did not attempt to clean up the damage themselves.  Rather they contacted us, SERVPRO of Ravenswood.  This was a good judgment call on their behalf because even though the fire may have been small, the smoke damage was immense.

Our work spanned throughout the kitchen, attic, bathrooms and a couple of bedrooms.  We cleaned kitchen cabinets, floors, windows, blinds, fans, walls, ceilings, and all content.  Some plaster had to be removed in some areas.  Hydroxl and air-scrubber equipment was staged to remove and oxidize the air.   The entire process took over 4 days.  The total cost was approximately $15,000.  Insurance was used to cover much of that cost.

We all know accidents happen.  This homeowner was able to move on after 1 week.  Fortunately nobody was injured during the incident, and he knew who to call to put the pieces back together.

Should you experience such an event, please call SERVPRO of Ravenswood to help with your cleanup needs.  773-878-5200