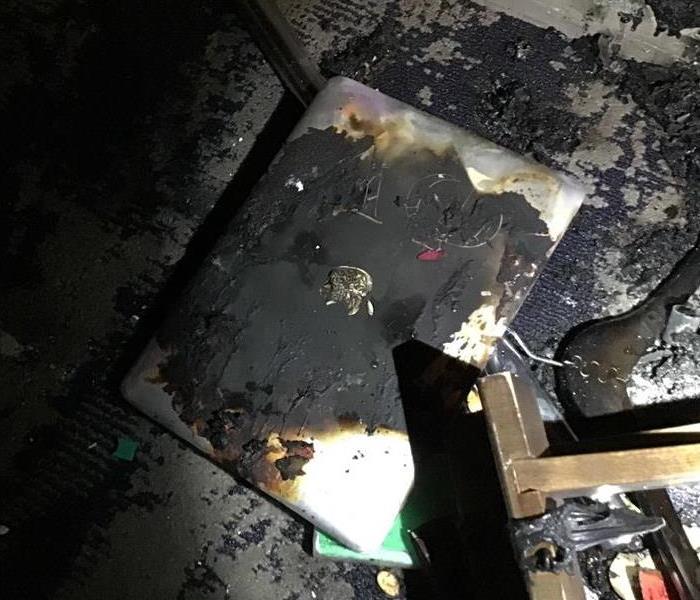 What started as a touring music festival in 1991 by Jane's Addiction frontman Perry Farrell, Lollapalooza has become a definitively unique music experience. Today, Lollapalooza takes place every summer in historic Grant Park, Chicago, between the iconic Chicago skyline and the shores of Lake Michigan with 4 fun-filled days of music festivities!

Unfortunately mishaps arise, especially in scenarios when you are far from home.  In this blog we tell a tale of a couple music-goers who came to hear live music, but left with the clothes on their backs.  They are safe - not to worry.

On day 1 of the LaLa festival they entered their hotel room with excitement, as expected by any person going to hear their favorite bands play live.  After primping and preparing they locked up their belongings, turned off their devices and hit the fair!  One thing went wrong though.  As anyone would suspect, turning off your laptop means it's off, right? Sadly, not in this case.  The laptop was turned off, however it was place on top of a refrigerator.  Then some clothes had been draped over the computer.  This caused overheating.  The laptop literally ignited a fire - causing havoc.  The fire spread throughout their room.  The sprinkler systems went into effect and efficiently watered down the room.  Though smoke and water damage endured from there.  By the time the guests returned to their rooms there was nothing left but singe and darkness.

SERVPRO of Ravenswood was quickly on the scene once they received the call from the building Engineer.  First responders gave us the go-ahead and we were off to clean up the damage.  2 floors and mulitple rooms were uninhabitable temporarily.  We worked quickly to remove the smoke odor and dry all the hallways and rooms, so that all other guests can carry on with their vacation or business plans.  The hotel accommodated the guests graciously and in the end Lollapalooza went on as planned!

This is a teachable moment where we encourage everyone to keep their laptops in cool areas and away from heat intensive environments.  If a fire should ignite, call SERVPRO of Ravenswood to get things back to "Like it never even happened." 773-878-5200